The city of Zhanjiang in South China's Guangdong province has now featured in a list of China's top 100 strongest cities for two consecutive years, and is the only city in the province's eastern, western, and northern parts to make the 2020 list.

The list of China's top 100 strongest cities was compiled by the Shanghai-based Warton Economic Institute. It is based on 2020 data regarding gross domestic product, household savings, and development in science, education, culture, healthcare and environmental protection.

The top 10 cities were Beijing, Shanghai, Guangzhou and Shenzhen in Guangdong, Hangzhou in Zhejiang province, Suzhou and Nanjing in Jiangsu province, Chengdu in Sichuan province, Tianjin, and Wuhan in Hubei province. Zhanjiang ranked 100th on the list. 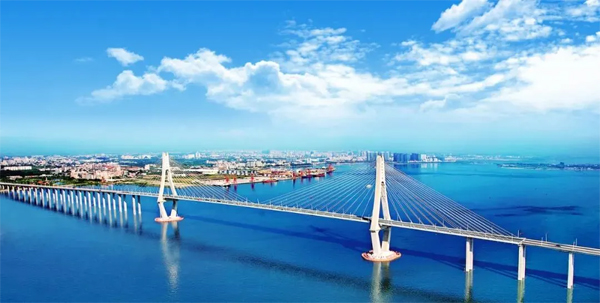 Zhanjiang has recently been upgrading its transportation system. Construction of the new Zhanjiang Airport, officially named Zhanjiang Wuchuan Airport, is underway, while the Zhanjiang Bay subsea tunnel of the Guangzhou-Zhanjiang High-speed Railway is also being constructed.

The country's largest "roll-on, roll-off" passenger harbor started operation at Xuwen port area of Zhanjiang in September 2020, halving the travel time to the island province of Hainan. A base for port-centered industries is being rapidly created in Zhanjiang.

Three projects, each with an investment of more than $10 billion - Baosteel Zhanjiang Iron and Steel, the China-Kuwait Integrated Refining project, and BASF (Guangdong) Integrated Base - have settled in the city.

The city was approved by the State Council to set up the first comprehensive pilot zone for cross-border e-commerce in western Guangdong in May 2020, and a comprehensive bonded zone in late December 2020.

To strengthen cooperation with Hainan, the city is also promoting the construction of the New Western Land-Sea Corridor.

In addition, Zhanjiang has been focusing on improving its people's lives. Three projects, titled the "Cantonese cuisine chef", the "Guangdong technician", and the "Southern Guangdong housekeeper", are being implemented in the city.