An activity to organize media reporters to tour Zhanjiang in a week was launched in the city Sept 9. More than 200 representatives of nearly 100 mainstream media organizations across the country are taking part in the activity.

The media group will visit the Donghai Island Steel and Petrochemical Industrial Base to see the city's industrial development, the State-listed famous historic and cultural city Leizhou to experience the city's profound historic culture, the Hedi Reservoir to enjoy the natural beauty, and many other places. 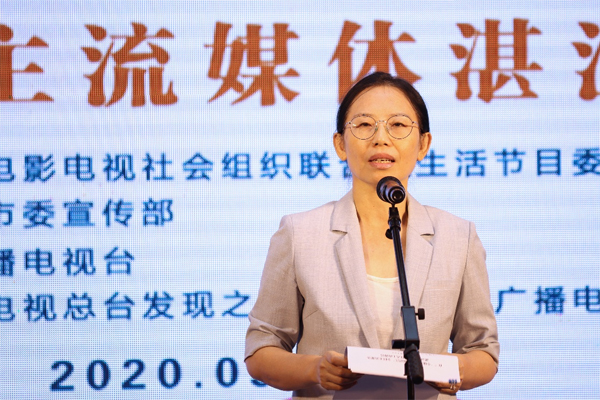 Chen Yun speaks at the launch ceremony of a weeklong media tour in Zhangjiang. [Photo/chinadaily.com.cn]

"We hope that you will discover more 'Zhanjiang stories' by using your keen insights, and can have a comprehensive and vivid record of the city's efforts in building a moderately prosperous society in all respects," said Chen Yun, head of the publicity department of the CPC Zhanjiang Municipal Committee.

Chen also expressed her hopes that the media group can better publicize Zhanjiang's new measures taken to develop itself into a provincial subcentral city and a major part of the modern coastal economic belt in Guangdong province, as well as the city's related achievements.

"We hope that more people will learn about Zhanjiang, and fall in love with the area," added Chen.