Two intangible cultural heritages from Zhanjiang are on display at the 2020 Dongguan Dragon Boat Month and the Wanjiang Dragon Boat Cultural Season, with their opening ceremony held on May 30 in Wanjiang town, Dongguan. 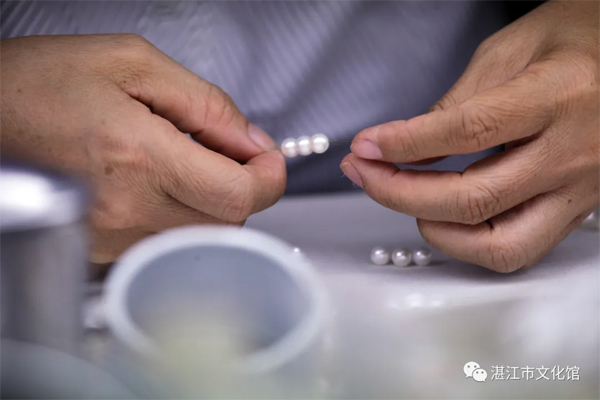 The two intangible cultural heritages from Zhanjiang that are exhibiting are seafood mooncakes and Liusha pearl making techniques.

Liusha pearls refer to pearls that are artificially cultured in the Liusha Gulf in the southwest of the Leizhou Peninsula.

The Liusha Gulf has a long history of artificial breeding of pearls, which can be dated back to the Song Dynasty (960-1279). In the Ming Dynasty (1368-1644), seawater cultured pearls were developed here. Liusha pearl collection sites still exist in Zhanjiang. 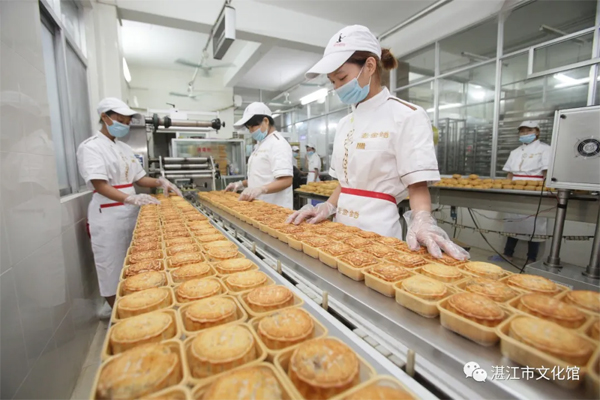 The annual processing and export of seawater pearls in Liusha Gulf also accounted for about 90 percent of China's total, and seawater pearls have been exported to more than 50 countries and regions around the world.

The Liusha pearl making techniques was listed among the fourth batch of intangible cultural heritages of Zhanjiang in 2013.

Seafood mooncakes, which use featured dried shrimps in Zhanjiang as their main fillings, were created in 1866. As a traditional dish for fishermen along the coasts of Zhanjiang, the seafood mooncake making techniques was rated among the list of Zhanjiang's sixth batch of intangible cultural heritages in 2017.

The intercity alliance was set up on June 25, 2019 in response to the development demands of the Greater Bay Area, with Hong Kong, Macao, and 14 prefecture-level cities of Guangdong as its members.