The on-site competition of the 2020 China Underwater Robot Professional Contest kicked off in Zhanjiang, South China's Guangdong province on May 19, and will last until May 21.

The underwater robot contest is a national high-level artificial intelligence competition. It was launched by the National Nature Science Foundation of China in 2017 and has been held three times.

The contest is divided into two parts, namely online and on-site competitions, with the online part having been held in Shenzhen in the first quarter of this year.

Centered on the fields of marine equipment, ocean energy, and marine organisms, the contest held in Zhanjiang is of great significance for the city to build itself into a provincial sub-central city, accelerate the development of a modern coastal economic belt, as well as fully implement the plan for the Guangdong-Hong Kong-Macao Greater Bay Area and the Belt and Road Initiative. 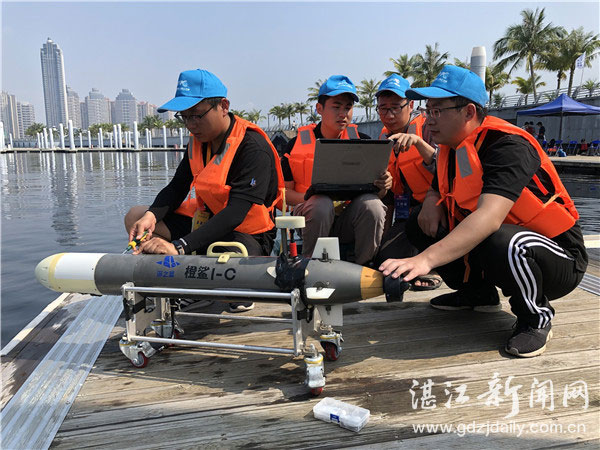 The on-site competition of the 2020 China Underwater Robot Professional Contest kicks off in Zhanjiang, South China's Guangdong province on May 19. [Photo by Lin Shizhan/gdzjdaily.com.cn]