Xuwen: a county in Zhanjiang with rich folk customs

Xuwen, a county in Zhanjiang, is in the southwest part of Guangdong province at the southernmost point of the Chinese mainland. It is surrounded by the sea on three sides and neighbors Hainan province across the Qiongzhou Strait in the south.

Xuwen was one of the earliest counties in the Lingnan area, which loosely refers to Guangdong and Hainan provinces, and Guangxi Zhuang autonomous region. Its history can be traced back to the late Qin Dynasty (221-207 BC), and hence boasts rich folk customs. 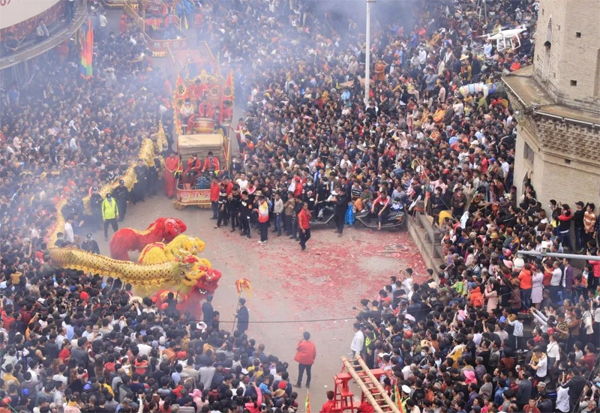 Zhanjiang holds a grand ceremony for gods during the Lantern Festival, which falls on the 15th day of the first lunar month of the year. The statue of a god will be carried around to accept the worship of the people, which implies good wishes for peace and safety. [Photo/WeChat account: zj_daily] 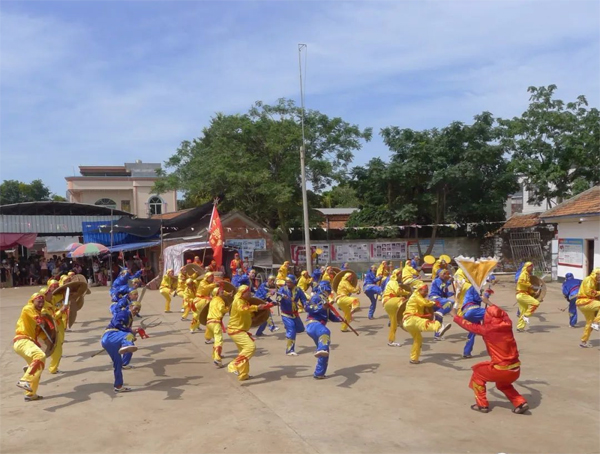 The shield dance in Zhanjiang is an art form that mainly uses cane shields and carries out different types of formation changes. It is a comprehensive folk dance that integrates military training, martial arts confrontation and percussion music. It has a history of more than 600 years. [Photo/WeChat account: zj_daily] 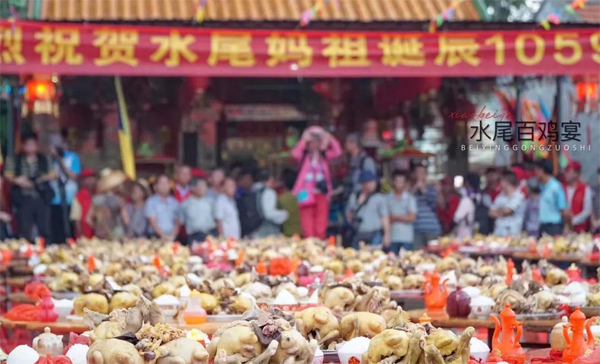 Celebrations honoring the 1,059th anniversary of the birth of the Chinese sea-goddess Mazu are held in Shuiwei village, Xuwen county, in Zhanjiang in 2019. [Photo/WeChat account: zj_daily]

Leizhou folk song, which dates back some 500 years, is a popular Han dialect folk song in Leizhou Peninsula. Subjects such as family, birth, death, love, courtship, romance and farming are all dealt with extensively in the repertoire, all sung in the native Leizhou dialect. The popularity of Leizhou song even spurred the creation of Leizhou Opera. [Photo/WeChat account: zj_daily]