Multifunctional traffic lights to be used in Zhanjiang 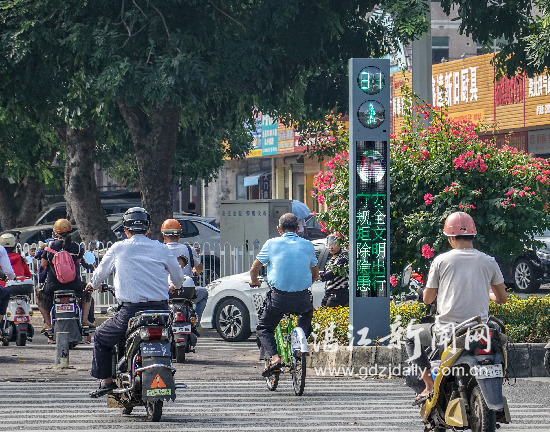 A new kind of multifunctional pedestrian traffic lights was installed on the intersections of major streets in Zhanjiang on Nov 6, providing different information to help the public.

In addition to providing traffic guidance for pedestrians, the new traffic lights also has a large full-color LED display with dynamic real-time broadcast functions, which can broadcast corresponding content according to the current traffic signal status.

The right side of the pedestrian lights is equipped with a speaker that can adjust sound volume. Voice content can be broadcasted according to the status of the traffic lights, reminding pedestrians, especially blind people, to pay attention to the traffic situation.

At present, the city has completed the installation of the first five pedestrian signal lights and they will be put into use in the near future after debugging.