Construction on the high-speed railway connecting Guangzhou and Zhanjiang started on Sept 30.

The railway is expected to receive 99.8 billion yuan ($13.97 billion) in investment and be finished within five years.

It will be 400 kilometers in length and support speeds of up to 350 km per hour, and will shorten travel time between Guangzhou and Zhanjiang to two hours.

"We are very happy that the railway will make transit in Zhanjiang, South China, and even Central and North China more convenient. It's good news for BASF," said Song Yongxin, vice president of BASF Verbund Site, a German chemical giant, in Zhanjiang.

Song added that the railway will attract more talents to Zhanjiang. 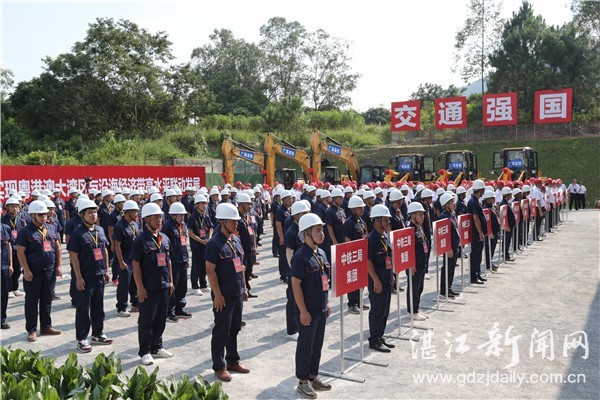 Construction on the high-speed railway from Guangzhou to Zhanjiang starts on Sept 30. [Photo by Lin Shizhan/gdzjdaily.com.cn]