Zhanjiang to have first 400,000-t waterway in South China 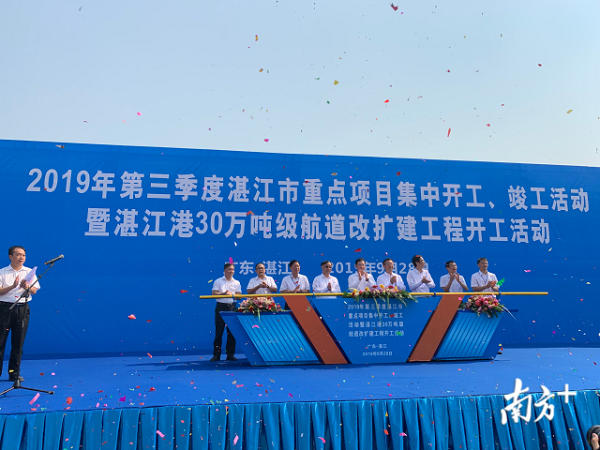 The renovation and extension of the 300,000-ton waterway at Zhanjiang Port starts on Sept 28. [Photo/southcn.com]

The renovation and extension of the 300,000-ton waterway at Zhanjiang Port started on Sept 28. The waterway is expected to become the first 400,000-t waterway in the South China area.

Zhanjiang Port, which one of the closest ports in the Chinese mainland to Southeast Asia, Africa, Europe, and Oceania, has invested 3.87 billion yuan ($543.33 million) in the project, which will take around one year to complete.

The waterway is 64.1 kilometers in length and has a navigable width of 340 meters. After construction is completed, the Ore Zhanjiang, the largest 400,000-t very large ore carrier (VLOC) in the world will be returned to Zhanjiang. 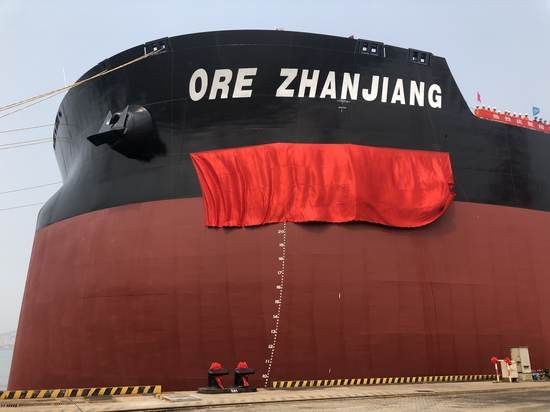 Ore Zhanjiang, the largest 400,000-t very large ore carrier (VLOC) in the world, will be able to return to Zhanjiang after the waterway is completed. [Photo/zhanjiang.gov.cn]

After the project is completed, more businessmen from China and abroad are expected to begin investing in Zhanjiang, and the city is expected to start playing a larger role in important projects such as the Guangdong-Hong Kong-Macao Greater Bay Area and the Hainan Pilot Free Trade Zone.

In addition, the waterway is expected to help Zhanjiang build international logistics and shipping centers, which will help turn Zhanjiang into a sub-central city of Guangdong province.