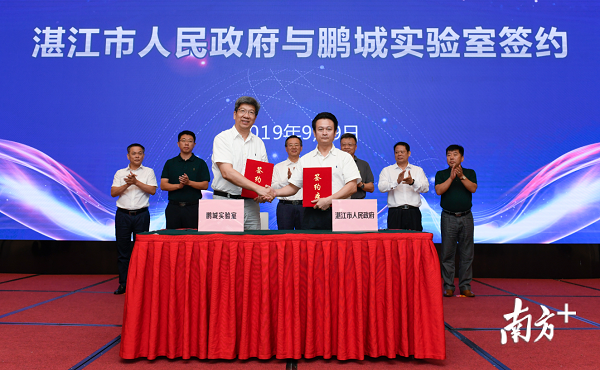 The signing ceremony of the Zhanjiang municipal people's government and Peng Cheng Laboratory is held on Sept 9. [Photo/Nanfang Plus]

The signing ceremony of the Zhanjiang municipal people's government and Peng Cheng Laboratory, as well as the launching ceremony of the China Underwater Robot Professional Contest (Winter) were held in Zhanjiang on Sept 9. The cooperation will lead to the construction and sharing of marine scientific research and experimental facilities related to AI, the joint research of science and technology projects, as well as the transformation of scientific and technological achievements. 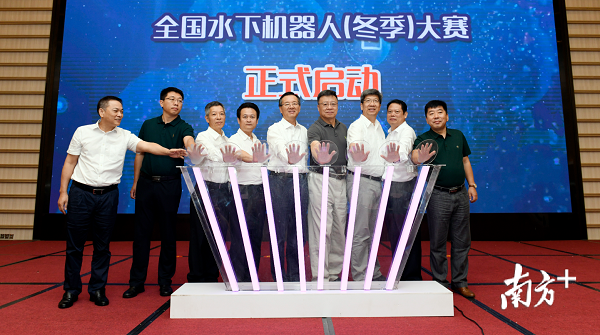 Peng Cheng Laboratory is part of the first batch of provincial laboratories in Guangdong province. Based on basic research and application research, it mainly focuses on AI, network communications, cyberspace security, robotics, and quantum computing. Zhanjiang will work with Peng Cheng Laboratory to carry out scientific research and experiments in the AI field, as well as build infrastructure for high-level AI technology competitions. In addition, Zhanjiang will be a long-term venue for the China Underwater Robot Professional Contest.

Established by the National Natural Science Foundation of China, the contest has been held for three years. This year's competition in Zhanjiang is the first winter race. The event initially sets up scenes, such as shipwreck search and cave rescue, as well as sets three professional tracks including submarine patrol, black box search, and cabin rescue.