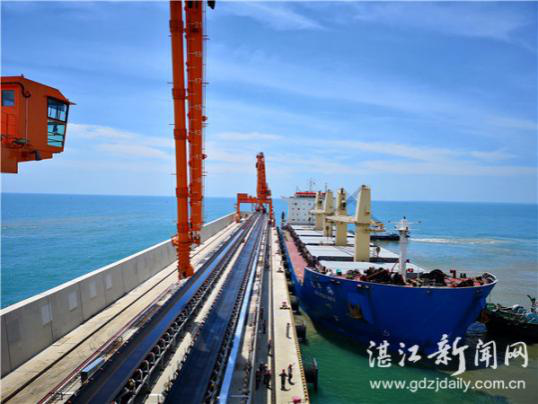 The coal wharf was put into use as a large coal carrier finished a seven day trip to berth at Leizhou Power Generation's coal terminal.

The vessel Jiuhuahai, which has a length of 190 meters and a width of 32.6 meters, departed from Qinghuangdao, Hebei province, carrying 53,000 tons of coal.

On the next day, the coal was successfully unloaded and transported to a designated place with the company’s screw ship unloader, conveyer belt, and bucket wheel machine.

According to the company, pilotage was rehearsed in advance, with different weather and tide conditions considered. Through simulations, solutions were put forward based on possible scenarios at sea. Joint efforts of various departments and companies provided strong assurance for the successful test run of the coal terminal.

The celebration ceremony was attended by more than 60 guests, including officials of the Leizhou government, Zhanjiang bureau of commerce, Zhanjiang maritime safety administration, Zhanjiang frontier inspection station, and other relevant staff involved in the project.