The group has over 40 members, with the majority being Party members and applicants for Party membership. As the first village-level volunteer group, it will focus on promoting the policies of the Communist Party of China, improving the local environment and helping poor families with the aim of building a voluntary service brand of Zhonghe village, while also creating a civilized and harmonious village environment.

After the launching ceremony, the group organized a general cleaning of the village, winning wide acclaim from the villagers. 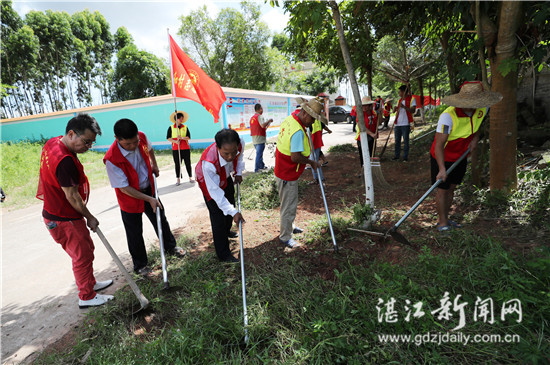 A new volunteer group is established in Donghai Island on July 5. [Photo/gdzjdaily.com.cn]