Zhanjiang-Sihanoukville flight to open on July 11

Zhanjiang Airport, the only civilian airport in west Guangdong province, is slated to open a new air route to Sihanoukville, Cambodia on July 11, enabling travelers to head for Cambodia and Southeast Asia.

The flight is the third international route of Zhanjiang Airport following the opening of air routes to Bangkok, Thailand and Phnom Penh, Cambodia. Operated by Qingdao Airlines, Flight QW6099/6100 from Zhanjiang to Sihanoukville is scheduled to fly three times a week on Tuesday, Thursday, and Saturday. It takes off from Zhanjiang at 13:15 and lands in Sihanoukville at 14:30. The return flight takes off at 15:30 and arrives at Zhanjiang at 18:40. The fight time is about two and half hours.

Cambodia is a an important gateway and fulcrum along the 21st Century Maritime Silk Road. Situated in the southwest of Cambodia, Sihanoukville is the country's largest and busiest port, its only special economic zone, as well as one of its most popular tourist attractions. The Cambodia Sihanoukville Special Economic Zone (SSEZ), constructed by Chinese and Cambodian enterprises, has made great achievements in recent years. In addition to benefiting the connection between the two cities, the opening of the Zhanjiang-Sihanoukville flight is of great significance to enhance the image of Zhanjiang and speed up integration of Zhanjiang into the Belt and Road Initiative. 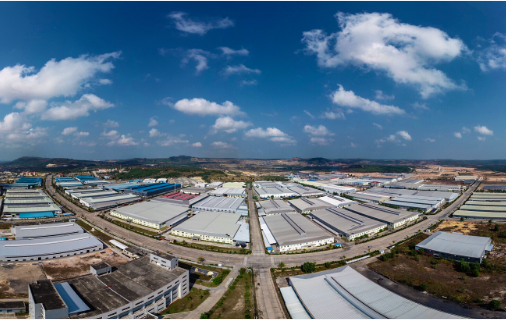