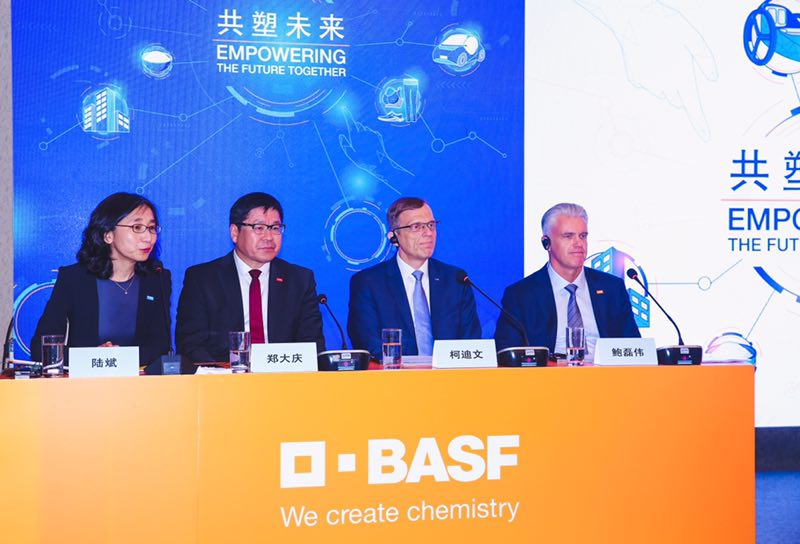 German chemical giant BASF announced on Tuesday its plans to construct an engineering plastic compounding plant and a thermoplastic polyurethane plant at the company's proposed integrated chemical production (Verbund) site in the southern city of Zhanjiang.

These facilities will become the first production plants to come on stream at the site in Zhanjiang, a coastal city on the Leizhou Peninsula in the western part of South China's Guangdong province.

"We are delighted to announce the first plants to be established at our smart Verbund site in Zhanjiang in less than a year after we signed the first MOU," according to Stephan Kothrade, president Functions Asia Pacific, and president and chairman Greater China, BASF.

"The project is moving forward swiftly and customers in southern China will soon benefit from these innovative products to meet their immediate needs," Kothrade told a press conference in the Guangdong provincial capital on Tuesday.

This will bring the total BASF capacity of these products in Asia Pacific to 290,000 metric tons per year, he said.

"General facilities for the Zhanjiang Verbund site will also be built along with the two new plants ," Kothrade said.

BASF integrated Site (Guangdong) Co Ltd, BASF's new wholly-owned subsidiary, has officially been founded and this entity will oversee the operations of the new Verbund site, underlining BASF's commitment to the southern China market, he added.

Raimar Jahn, president of BASF's Performance Materials Division, said BASF wants to improve its support to customers in the southern China market and around the world.

"We will do this by establishing the new plants close to our growing customer industries, and through improvements in efficiency realized from our smart manufacturing approach," he said.

BASF signed the first MOU for the Verbund site with Guangdong provincial government in Berlin in July last year, and in January, it signed a Framework Agreement setting out further details of the plan.

The Verbund site in Guangdong will be BASF's largest investment, estimated up to $10 billion upon completion, and would be operated under the sole responsibility of BASF.

The site would ultimately be the third-largest BASF site worldwide, following Ludwigshafen in Germany and Antwerp in Belgium.

Meanwhile BASF will launch three creation centers in the Asia Pacific region, in Shanghai, Tokyo and Mumbai, respectively. The creation centers will bring customers and BASF's experts together to transform conceptual ideas into creative solutions.