The 15th China (Shenzhen) International Cultural Industries Fair (the 15th ICIF) was held at Shenzhen Convention and Exhibition Center from May 16 to 20, and it was the 10th time for many Zhanjiang exhibitors to participate in the international event.

At the fair,  visitors were lured to the Zhanjiang pavilion where a number of innovative cultural and tourism products were put on display, including the pencil painting works of Zhou Sheng.

"It is the 10th year for us to participate at ICIF this year," said Zhou, who is considered the founder of Chinese pencil painting. Zhou's booth has been packed with visitors during the Shenzhen fair, especially young visitors. The special pencils used by Zhou can act like magic pencils, with which Zhou can draw traditional Chinese paintings, oil paintings, and water color paintings.

As one of the earliest exhibitors in the Zhanjiang pavilion, Zhou has witnessed the growth of his city's pavilion at ICIF and the development of Chinese pencil painting. 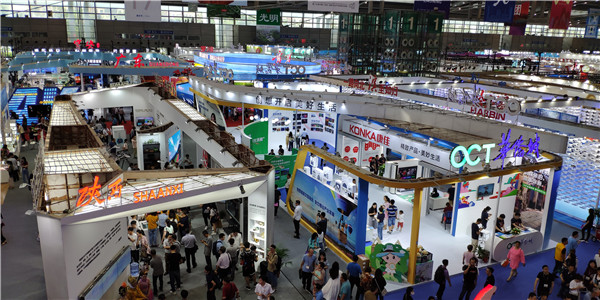 The Shenzhen Convention and Exhibition Center is jam-packed with visitors on May 18. [Photo/zhanjiang.gov.cn]

"It is really a rare opportunity for Zhanjiang to promote its cultural and tourism products to the people of the world on such an international stage," said Zhou. He said he will collaborate with Luogang Small Town to help the town integrate tourism with culture.

In recent years, the culture, radio, television, tourism and sports bureau of Zhanjiang has played a leading role in organizing local exhibitors to take part in ICIF. The Zhanjiang exhibitor area has increased to 179 square meters from the 63 square meters it had during the first year.

In 2019, the city increased its ICIF efforts by offering free booths and cutting their exhibition expenses down to zero, which increased the enthusiasm of cultural tourism enterprises in the city to participate.

ICIF is known as the top cultural fair in China and the number of the exhibitors reached a new high at this year's fair, with 2,312 government organizations, enterprises, and institutions taking part. 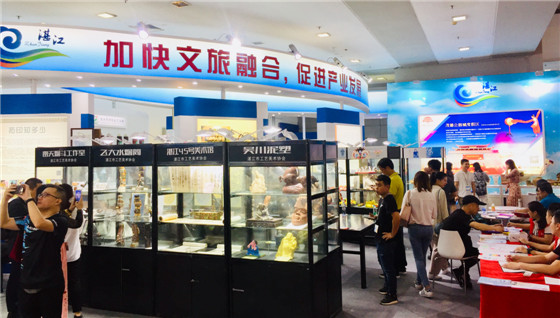