Zhanjiang lights up in the night sky. [Photo/Zhanjiang Daily]

The 2019 Zhanjiang City Construction Plan was approved at the 85th expanded Meeting of the 11th Zhanjiang Municipal Committee of the CPC held on April 16.

There is a consensus that Zhanjiang should speed up infrastructure projects to support the city's economy that has rapidly grown in recent years. It is expected that these projects will bring changes to the city's appearance, as well as increase people's wellbeing and living conditions. 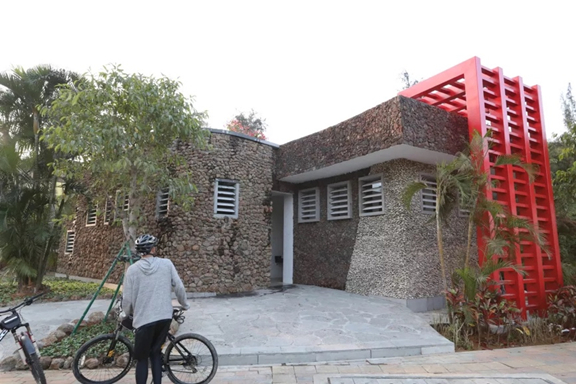 Yugang Park, one of the most popular tourist attractions in Zhanjiang, has upgraded two of its toilets. [Photo by Li Shizhan/Zhanjiang Daily]

The plan will continue ongoing projects and commence other projects contained in the supervision list of the provincial government and the Zhanjiang government work report. It also lists renovation of projects that possess safety hazards. Each project will be funded according to its total investment and construction progress, according to a local official.

Zhanjiang Party Chief Zheng Renhao emphasized that city renovation indicates a renewal of the concept of urban and requires long-term systematic approaches. The 177 projects are important in Zhanjiang goal of becoming a National Civilized City.

Jiang Jianjun, mayor of Zhanjiang, demanded that departments at all levels in the city should take reform and innovation as the driving force while paying attention to the project's progress and learn from the experience for future improvements. It is significant to formulate plans scientifically and implement them strictly so as to solve the most concerning, direct, and realistic problems for the benefit of the public. The main purpose is to increase people's sense of well-being and happiness, Jiang said.