A Chinese crested tern was recently spotted by bird lovers in Leizhou, a county-level city in Zhanjiang. The species is listed as critically endangered on the International Union for Conservation of Nature Red List, as there are thought to be less than 100 remaining on earth.

The Chinese crested tern features a white rump, pale grey mantle and a black-tipped yellow bill. It used to have a wide distribution off the eastern Chinese coast north of Shandong province until its numbers declined sharply due to hunting and egg collecting. 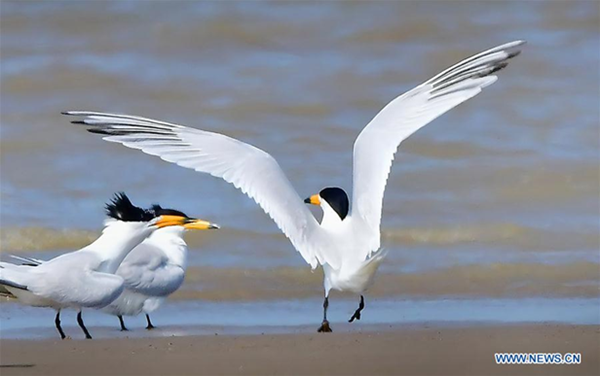 A Chinese survey team led by Chen Shuihua, vice president of the Zhejiang Museum of Natural History, stated that the bird was "on the verge of extinction."

In recent years, more and more rare and endangered birds, such as spoon-billed sandpipers, black-faced spoonbills and oriental white storks, have been seen migrating to Leizhou during winter due to its agreeable climate and pristine environment. 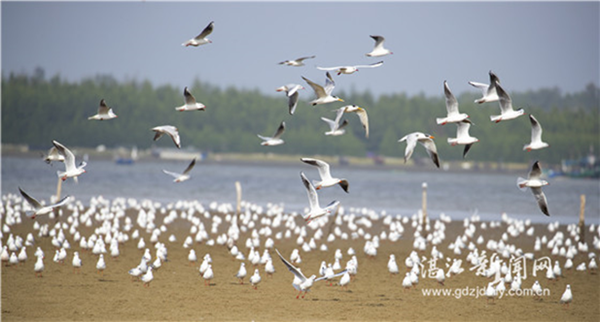 More and more rare and endangered birds are migrating to Leizhou during winter due its agreeable climate and pristine environment [Photo/gdzjdaily.com.cn]