Five Zhanjiang scenic spots have been listed among Guangdong's 100 most beautiful sites for sightseeing and photo shoots by the Tourism Administration of Guangdong Province and Chinese National Geography magazine. 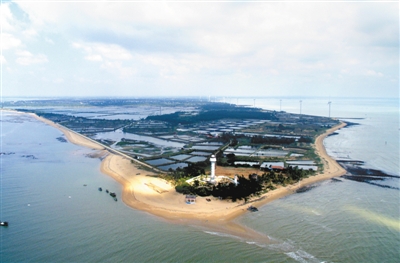 The event, which aimed to discover the beauty of Guangdong through lenses, had a warm response from contracted photographers of the magazine, geographical experts from the Chinese Academy of Sciences, local history and humanities scholars, and nationwide photography and travel buffs.

Selection was conducted over multiple stages, including a large initial selection, expert assessment and tourism administration review. It required the submitted photos to be shot with an innovative perspective, and scenic spots to be characteristic of the area.

The southern city of Zhanjiang is home to a great number of coastal tourist attractions. The opening of the Jiangmen-Zhanjiang high-speed railway has made it even more popular among domestic visitors.

The city received 26.33 million tourists in the first half of this year, up by 23.3 percent year-on-year. The figure placed it 3rd in Guangdong, coming second only to Guangzhou and Shenzhen. 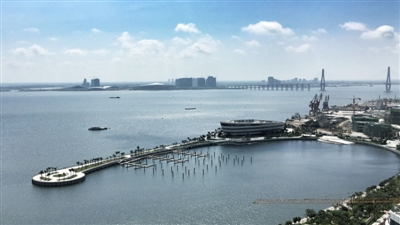 Huguangyan Maar Lake in the port city of Zhanjiang.[Photo provided to China Daily]