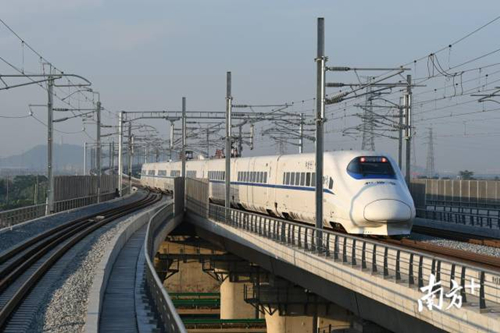 The Jiangmen-Zhanjiang section of the Shenzhen-Zhanjiang High-speed Railway begins trial operations on May 28. [Photo by Yang Xingle/nanfangplus]

The Jiangmen-Zhanjiang section of the Shenzhen-Zhanjiang High-Speed Railway began trial operations on May 28, according to the Jiangmen Project Construction Headquarters of China Railway Guangzhou Group Co Ltd.

At the trial stage, railway authorities will examine the feasibility of the train diagram and simulate multiple emergency situations such as a train malfunction. The test results will serve as a reference for the subsequent opening and operation of the railway. 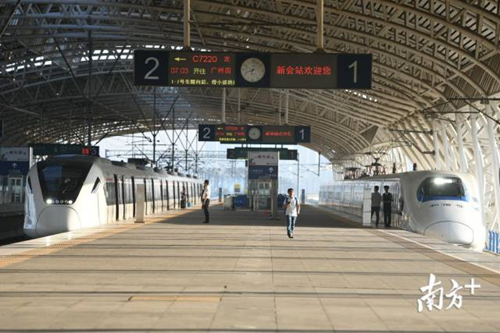 The Jiangmen-Zhanjiang section, which stretches 335 kilometers, is designed for a speed of 200 kilometers per hour. It starts at the Xinhui Railway Station in Jiangmen, passing through Yangjiang and Maoming, and terminating at the Zhanjiang West Railway Station.

The new rail line will bring western Guangdong residents closer to the Pearl River Delta. Not only is it essential to the regional transport network, but it will contribute to the coordinated development of Guangdong province. 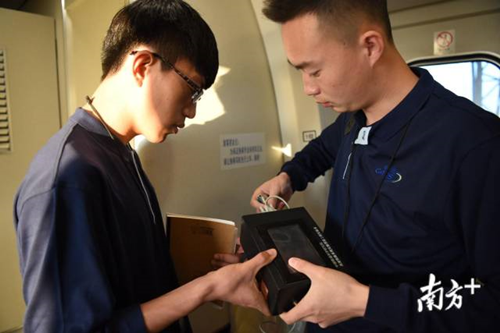 Railway personnel test the operating parameters of the train. [Photo by Yang Xingle/nanfangplus]