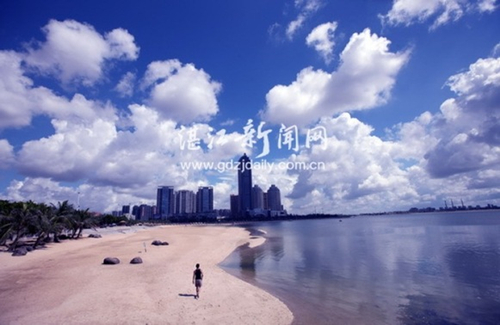 Zhanjiang held onto the first place in Guangdong province for the second month in a row with an air quality index (AQI) of 2.81 in April, according to the Department of Environmental Protection of Guangdong Province.

Maoming and Shanwei were two other Guangdong cities among top three. In terms of AQI trends, only Foshan and Zhaoqing saw an improvement in air quality last month, while that of Meizhou, Qingyuan, Jieyang, Chaozhou, Shaoguan, Dongguan, Guangzhou, Heyuan, and Shantou were all on the decline.

The ratio of days meeting national standards in Guangdong was averaged at 88.7 percent over the previous month. Thirty percent of these days were recorded with excellent air quality, and 58.7 percent were at the fine level. No extremely or heavily polluted days were reported. 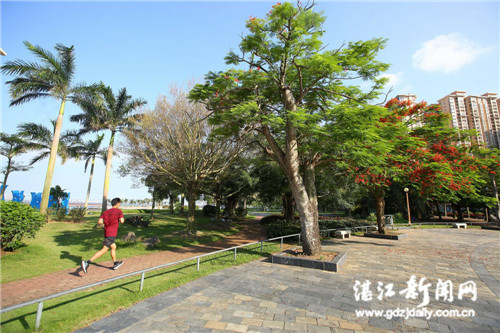 A local resident begins his day with a morning jog in fine weather. [Photo/gdzjdaily.com.cn]