Zhanjiang's air quality amongst the best in Guangdong 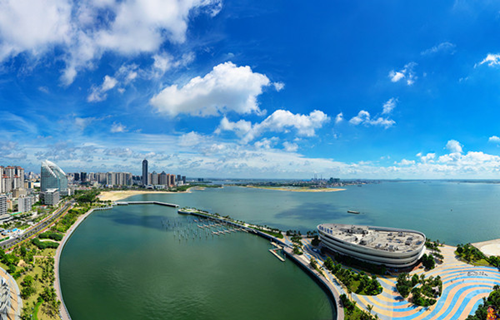 The aerial shot of Zhanjiang's Jinsha Bay showcases a clear blue sky, which is the result of good environmental management. [Photo by Lang Shuchen/Zhanjiang Daily]

Zhanjiang's air quality ranked first for March and second for the first quarter amongst all Guangdong cities at or above the prefectural level, according to a list released by the Department of Environment Protection of Guangdong Province on April 10.

Maoming and Shanwei were two other cities that both recorded the best air quality in March alone, while Dongguan, Guangzhou and Qingyuan were on the other side of the spectrum.

In the meantime, the cities of Shanwei, Zhanjiang and Heyuan were the top three for the first three months of 2018, with Foshan, Qingyuan and Guangzhou bottoming out in terms of air quality. 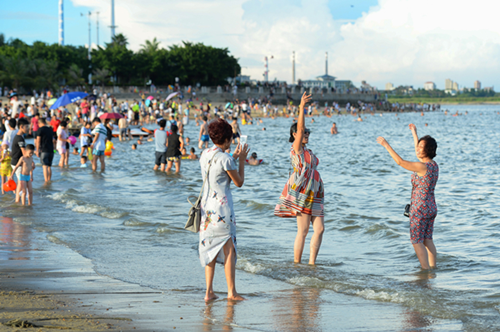 Tourists enjoy some good weather and fresh air at the beach. [Photo by Lang Shuchen/Zhanjiang Daily]

The ratio of days up to national standards in Guangdong was averaged at 89.6 percent in the past month. Of these days, 24.9 percent were recorded at excellent air quality, and 64.7 percent were at the fine level.

In the first quarter, the ratio of days up to national standards was 87.4 percent on average, with days recorded to have excellent and fine air quality accounting for 27 and 60.4 percent of the total respectively.

The widely known PM 2.5 was the major air pollutant of the first quarter in Guangzhou which will be strictly under supervision on the next review.