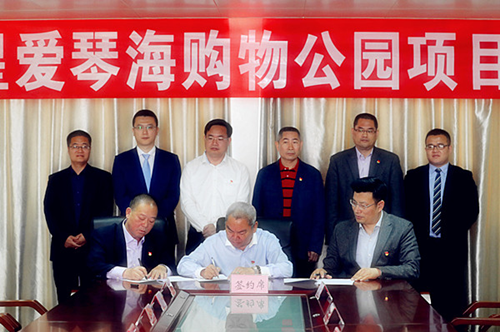 Xiashan district in Zhanjiang will partner with Shanghai-based Red Star Macalline Group to build a shopping park, the first of its kind in the western part of the area, according to a contract signed on March 21.

Covering an area of 100,000 square meters, the Aegean Shopping Park is designed to be an urban complex which combines leisure, entertainment and accommodation. It will deftly situate the shopping space into a park setting and introduce a variety of new business models.

Once put into use, the shopping park will not only fill a gap in high-end commercial ventures in the area, but also is expected to generate a revenue of more than 20 million yuan ($3.2 million) annually. Red Star Macalline Group is responsible for its construction and operation for the next 16 years.

As a domestically leading enterprise for household items, the group also makes quite a success out of retails. As of June 2017, it operates 214 shopping malls in 150 cities across the country, with their total areas exceeding 13.3 million square meters.

The company is optimistic about Zhanjiang's future development. It intends to build the project into an example for cooperation between government and enterprises relying on its experiences with other projects across 40 cities, said its regional head in South China.

According to a Xiashan official, the project exhibits great prospects for future development and will exert wide-reaching influence in the regional economy. The local government pledges to provide comprehensive services to ensure the project begins construction as soon as possible. 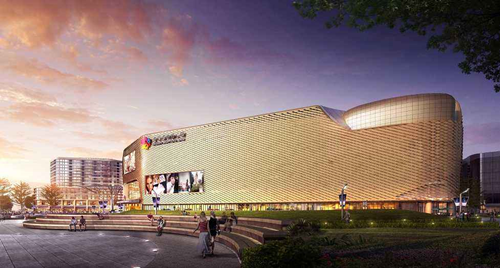 The Aegean Shopping Park is designed to be an urban complex combining leisure, entertainment and accommodation. [Photo/hongxingshangye.com]