Zhanjiang Airport to bustle in summer and autumn 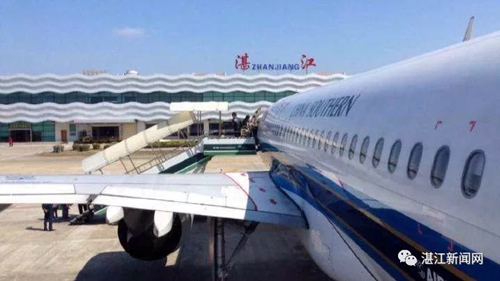 Zhanjiang Airport will switch to the new schedule starting from March 25. [Photo/gdzjdaily.com.cn]

Zhanjiang Airport will open new air routes to Taiyuan, capital of Shanxi and Yichang of Hubei province from March 25 to Oct 27 to meet the surging summer and autumn travel demands. There will also be more flights to Chengdu, capital of Sichuan province and Fuzhou, capital of Fujian province.

MU9699 and 9700 flights commuting between Zhanjiang and Yichang are scheduled every Tuesday, Thursday and Saturday. The inbound trip will take off from Yichang at 10:00 am and land in Zhanjiang at 12:30 am. The subsequent return flight will depart at 1:30 pm and arrive at 4:00 pm. 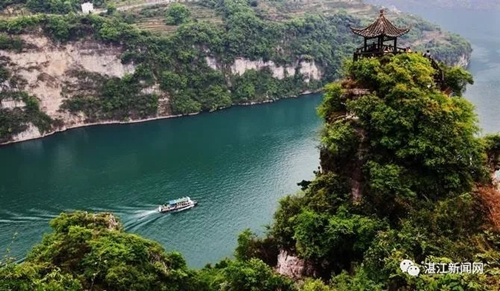 Zhanjiang Airport will open new air routes to Yichang, an ancient city with a history of more than 2,000 years. [Photo/gdzjdaily.com.cn]

The newly launched MU5567 and 5568 Taiyuan-bound flights are scheduled on Mondays, Wednesdays, Fridays and Sundays. One will leave Zhanjiang at 9:45 am and land at 12:25 am. The other will take off from Taiyuan at 1:25 and reach Zhanjiang at 4:10 pm.

Apart from two Air China flights, the Zhanjiang-Chengdu air route will have additional MU9637 and 9638 flights operated by China Eastern Airlines daily. They will depart Chengdu and Zhanjiang at 8:05 am and 10:55 am respectively with an estimated arrival time of 10:10 am and 1:00 pm. 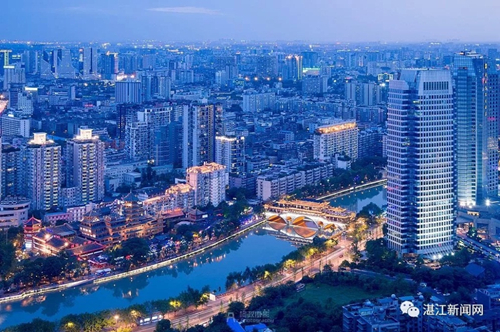 An aerial shot of Chengdu at night. [Photo/gdzjdaily.com.cn]

Passengers travelling between Zhanjiang and Fuzhou will also have more options, as the newly added MU5249 and 5250 flights will increase the number of flights from three to four weekly. The former will depart Fuzhou at 6:55 am and arrive at 9 am, while the latter will leave at 5:05 pm and arrive at 7:00 pm.