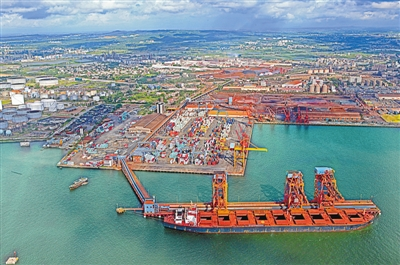 A bird's-eye view of the burgeoning Zhanjiang Port. [Photo by Lang Shuchen/Zhanjiang Daily]

The monthly cargo throughput exceeded 10 million tons for the first time ever at Zhanjiang Port in January, up 10 percent year-on-year, setting off the year with a promising start, announced the Zhanjiang Port Group on Feb 2.

Despite the low temperatures, high winds and dense fogs that plagued the port, the management and operation teams were able to persevere and set new benchmarks repeatedly in productivity and efficiency. 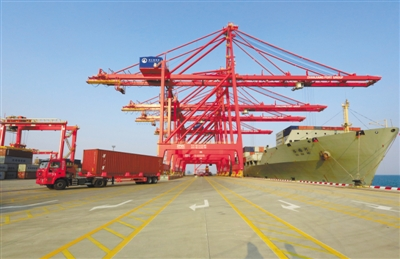 In addition to a record high volume of coal import-export, Zhanjiang Port made it to process 120,000 tons of iron ore in a two-day period and to smash the petroleum handling capacity record.

Since the Tiaoshun branch opened its container business in January, it already has shipped 300,000 tons of crude oil through the port, with this number expected to grow further more in 2018.