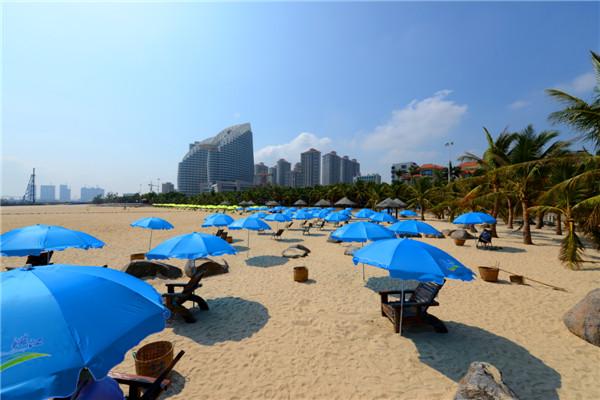 The Golden Sand Bay    Photo by Chen Mingli
The coastline coefficient (the rate between the coastline length and the land area) is 0.16, indicating each square kilometer of land area has a coastline of 162 meters. Both the city's coastline factor and per capita coastline rank first in the country. The city has a vast tidal land, with a 10-meter-deep ocean surface area of 38.9 hectares, including 9.87 hectares of intertidal area. Zhanjiang's coastal area belongs to the tropical zone. Located in a prime destination in the Asia-Pacific economic circle, Zhanjiang's coastal area has opened international flights to Asia, Africa and Europe. It is a "golden coast" that has great potential for economic growth.
-